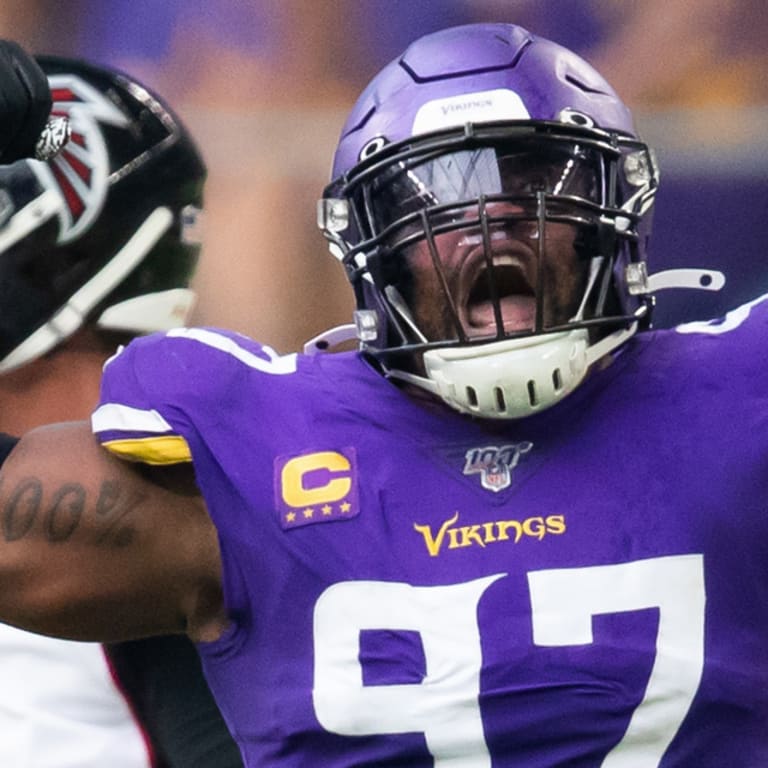 ARC Genesis Collection, , undated, 0. The Genesis Collection is comprised of items surrounding the announcement and subsequent "Turn It On Again" concert tour in Items included are photographs from the tour press conference, tour booklets, and concert stage schematics. The collection provides insight into the process of creating and marketing a highly anticipated concert tour. The Christopher McLallen Photographs consist of six portraits of musicians and rock groups. The R. Included here are two oversize lithographs, two 8" x 10" matted prints, and a set of postcards. There are also two 8" x 10" prints from a Metallica concert: one of Robert Trujillo and the other of James Hetfield.

The collection provides visual evidence of band marketing techniques. The Sue Cassidy Clark Collection spans the years to and includes undated material. The collection focuses on artists in the San Francisco psychedelic rock scene as well as prominent rock bands of that era. The collection is mainly comprised of interviews Clark conducted on audiocassettes, along with the associated transcripts. Also included is biographical research and clippings on the artists Clark interviewed and wrote about, and flyers and pamphlets for bands and artists performing in and around the San Francisco bay area.

Clark's collection provides a behind-the-scenes look at rock music journalism and the research and primary source material necessary to the writing process. The concert was sponsored by the school's booster club in hopes of raising money to build a sign to promote upcoming events in front of the school.

The Viking's Booster Club received a list of bands that would be in the area from a locate promoter, and the students were allowed to vote for which band they would like to see. The winner, Kiss, was touring with Rush and Rockandy at the time. The reproduction is signed on the back by the donor, Michael R. Powers, and numbered 19 of denoting a limited print run.

The collection showcases the marketing of two groups Kiss and Rush , who were both on the verge of becoming mainstream rock and roll success stories. Seen in a broader context, the collection provides insights into the touring circuit of the mids, how those shows were promoted, and the performers of that era.


The Bobbi Cowan Public Relations Artist Files consist of photographs, clippings, press kits, and correspondence related to Bobbi Cowan, an artist manager. The business files are made up of tour schematics, tour contracts, stage design, and personnel information. Fisher's papers provide insight to the process of producing a rock and roll concert, specifically the special effects and stage design. 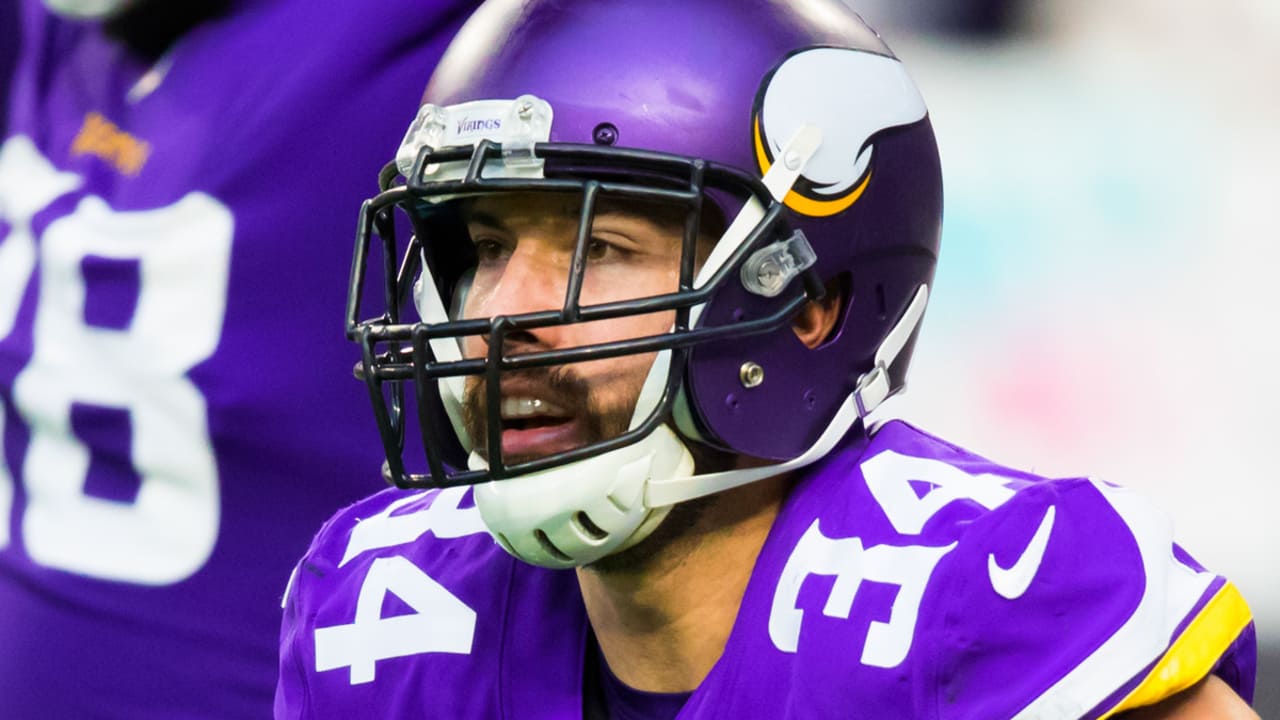 Accompanying correspondence from James A. Dorskind, Special Assistant to the President, outlines the purposes for which the presidential letter may and may not be used. ARC Norm N. Nite Papers, , undated, 0.

The collection provides insight to the history of radio programming. The Hyde Street Studios Records span the years to and provide insight to the activities of the San Francisco recording studio during the s and s. Founded on the site of a recording destination for artists of note since the late s, the studio was purchased and renamed by current owner Michael Ward in The collection contains handwritten and typewritten press releases, invoices of services rendered, master schedules from to , and correspondence.

Also included is a folder of documents from Ward's earlier recording venture, Rancho Rivera Recording. The Hyde Street Studios Records document the inner-workings of a prominent recording studio and provide a behind-the-scenes look at an integral part of the music business.

The collection provides a glimpse into the creative process of Jorma Kaukonen and his relationships with manager Bill Graham and Janis Joplin. Seen in a broader context, the collection highlights the late s psychedelic scene in San Francisco, California and its folk beginnings. These items range from newspaper clippings about his brother Mike McCartney, to concert programs in both English and Japanese, to unique publications, and are from the years The collection as a whole offers a glimpse into rock fandom.

The Ocean Way Recording Scheduling Book is a ledger displaying the comprehensive master schedule for the studio between and The ledger represents the beginning years of the company when founder Allen Sides first operated his studio from a garage in Santa Monica, California.

Ocean Way continues to function today as an award winning studio hosting a wide variety of celebrity musicians. This collection contains memorabilia related to the career of pop singers Paul and Paula. The Collection will be of most use to researchers interested in images of Crosby, Stills, Nash and Young or rock concert photography in general.

The Women in Music Artist Files span the years to and contain biographical information and clippings featuring prominent women in the music industry. The collection provides rich documentation of the impact of women in rock and pop music, specifically in the s. The Datwon Thomas Collection spans the years to and consists of clippings, correspondence, photographs, flyers, and a calendar documenting Thomas' career as a music journalist and includes information on hip-hop and rap artists from the late s to early s.

The hip-hop and rap cultures of the time are also documented. The collection showcases the impact of journalism and mass media on the rap and hip-hop music culture. The Spooner Oldham Papers span the years to and provide documentation of Oldham's successful career as a musician and songwriter.

The materials in the collection include business papers, photographs, printed materials, handwritten songs, and tour schedule booklets. The photographs are images of Oldham in the recording studio with various people, including Aretha Franklin. The schedule booklets in the collection include information about Oldham's tours with Neil Young and Drive-By Truckers. The Wanda Jackson Papers span the years to and contain one photograph of Jackson with her father, Tom, and a list of tour expenses for the Elvis Presley tour featuring Wanda Jackson.

The collection is organized into four series: artist files; artist, reference and record company files; copy and research files; and editorial files. The two series of artist files consist of newspaper and magazine clippings on artists, their performances, or related subjects. While similar in content, these two series were acquired as distinct sets of files.

The copy and research files comprise the majority of the materials in the collection. These files include print copy, draft manuscripts, newspaper and magazine clippings, research notes, interview transcripts, and audio interviews. The editorial files series contains material relating to a selection of Rolling Stone writers, as well as memos and other paperwork produced by various editors.

Please note that the collection does not contain materials from the earliest days of the magazine; any file dated earlier than likely contains newspaper clippings or publicity materials. The John Vogel Papers span the years to and contain materials Vogel collected while working as a lighting engineer for various rock and roll concert tours.

The materials are include photographs, stage designs, tour schedules, and personnel information.

Also included in the collection are several oversized tour booklets and some of Vogel's personal files. Vogel's papers provide rich insight to the process of creating a rock and roll concert show, specifically the stage design and special effects. The programs feature original art by James D. Moyssiadis aka, Moyssi. They were predominately produced for national touring acts that appeared at the Capitol Theatre in Passaic, N.

They were distributed to audiences free of charge, and also contain biographical information on the performers, photographs, and local advertisements. The collection consists of 26 concert posters and bookmarks designed and created by McPherson. The concert posters feature various bands and concert venues, while the bookmarks promote McPherson's store, Cotton Candy Machine.

Harvey, Mars Volta, and The Melvins. The collection provides a sampling of McPherson's artistic work, across genres and formats. Seen in a broader context, the collection provides insight to how mainstream and alternative rock bands and venues promoted their shows in the early s and serves as a reference to artists that played during that era. The Bryan Ehlinger Poster Collection consists of promotional posters used by record companies for advertising and in-store displays from to and in The collection provides a glimpse into how record companies promoted their artists and the records they released during the late s and s.

Seen in a broader context, the collection provides insight to the images and styles used to promote rock and roll music. The Dream Syndicate Collection spans the years to and consists of an audiocassette of early band the Suspects and a test pressing of a Dream Syndicate album; photographs and contact sheets of images of the band; a promotional postcard and stationary; typed and handwritten song lyric manuscripts; and an all access tour pass.

One color photograph of Elvis Presley and Bill Haley. Accompanying the photograph is a newspaper clipping with an image of the same photograph, stating that it was Presley's first appearance in Cleveland, opening up for Roy Acuff and Kitty Wells at Brooklyn High School. Also included in the collection are photographs of Don Clark with other local Cleveland celebrities. Clark's collection provides a glimpse into the legacy of a Cleveland popular culture icon.

Paul played at the Iridium nearly every week to the end of his life. The Howard Kramer Collection consists of VHS videocassettes, clippings, obituaries, artist tributes, and press releases. Kramer's collection provides insight to the history of rock music from the perspective of a collector and music enthusiast. The Groucho Marx poster is dated September 24, , though the event was postponed until December 11, due to illness.

Seen in a broader context, the collection provides insight into the popular music scene of the early to mids and how those popular artists were promoted to the public. It also serves as a reference for the artists that played during that era. Performers included the Clash City Rockers L.

Seen in a broader context, the posters provides insights to the punk rock scene of , its influences, and the graphic styles of promotion used at the time. The collection includes audio recordings, chord charts, clippings, financial and legal documents, manuscripts, posters, sheet music, and teletypes. The material spans from to with the bulk of the material dating from to The collection provides extensive documentation on the promotion of regional rock and roll acts performing in the Mid- and Northwest of the United States from the mids to the early s, as well as the production and release of the film Frank Zappa's Motels.

Seen in a broader context, the collection provides insight into the promotion of regional acts, the venues they played, and serves as a reference to performers that were active during that time. The collection also contains information on the management side of the filmmaking process, the arrangement of live musical performance, and reports of celebrity deaths by the press. The Marv Heiman Papers span the years to , with the bulk of the materials from to , and consist of awards, magazine articles and various newspaper clippings, contracts, correspondence, a rhythm chart, handwritten lyrics, and photographs related to Heiman's time as the manager for Curtis Mayfield and as an executive for Mayfield's record label Curtom Records.